He showcased his signature sense of humour by promising to get business cards to brag about the new title.

“I’m getting business cards made. But all of my friends will destroy me and I expect them to. And that’s why they’re my friends.”

The actor also disclosed his “big plans” after winning the title.

“I’m hoping now that I’ll finally be invited to some of those sexy dinners with Clooney and Pitt and [Michael] B Jordan.

“And I figure I’ll be on a lot more yachts. I’m excited to expand my yachting life. And I’ll probably try to get better at brooding in really soft light. I like to ponder. I think this is going to help me become more inward and mysterious. And I’m looking forward to that.”

Paul however told People that the only person aware of the honour ahead of time was his wife of nearly 20 years, Julie Yaeger.

Of her response to the news he said: “She was stupefied. But you know she was very sweet about it. After some giggling and shock, she said “Oh, they got it right.” And that was very sweet. She was probably not telling the truth, but what’s she going to say?”

As he and Julie have two kids together – son Jack, 17, and daughter Darby, 12 – Paul said he considers himself a family man above all.

He admitted: ‘When I think about myself, I think of myself as a husband and a father, like I’m that.

“I just hang out with my family when I’m not working. That’s what I kind of like the most.” 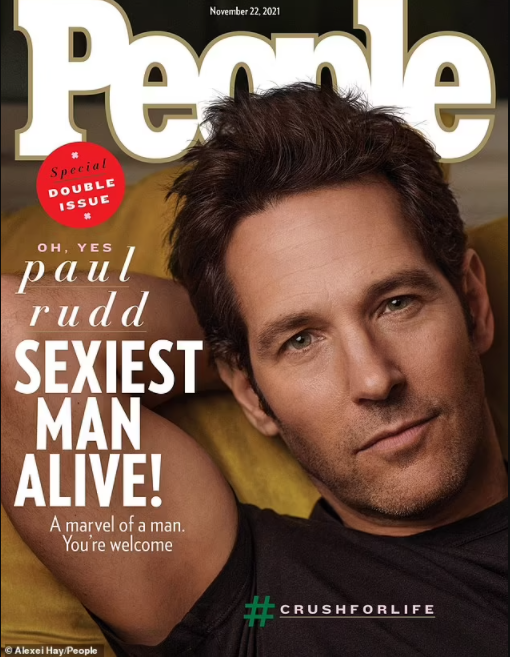 Breaking: Nigeria beat Sudan 3-1 in AFCON, qualify for round of 16

What Do I Need To Make It In Business?

ABOUT US
Newspaper is your news, entertainment, music fashion website. We provide you with the latest breaking news and videos straight from the entertainment industry.
Contact us: contact@yoursite.com
FOLLOW US
© Copyrights © 2018. All rights reserved
WP2Social Auto Publish Powered By : XYZScripts.com
MORE STORIES

Police confirm abduction of 73 students from Zamfara school on Wednesday