Williams adds another feather to his cap at IEHESE 2022 Conference 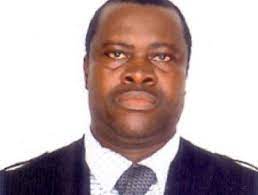 ‘Chima Williams is one of the recipients of the 2022 Goldman Environmental Prize, the world’s foremost award for grassroots environmental activists’

Executive Director of the Environmental Rights Action/Friends of the Earth Nigeria (ERA/FoEN), Barrister Chima Williams, has received the Energy Security Ambassador Award of Excellence in recognition of what the International Energy, Health & Safety Events (IEHESE) said, is his “exemplary commitment towards an Energy Secure Nigeria” at the IEHESE 2022 Conference & Awards.

The IEHESE is an exclusive platform that facilitates knowledge and experience sharing, innovations in safety management and promotes the development and review of initiatives that accelerate improvements in safe work performance for the energy, oil, and gas industry in Nigeria.

Chima Williams is one of the recipients of the 2022 Goldman Environmental Prize, the world’s foremost award for grassroots environmental activists.

Williams who became ERA/FoEN Executive Director in October 2020 won the award based on his work with two Niger Delta communities to hold Royal Dutch Shell accountable for environmental damage caused by a spill from its facilities into the communities between 2004 and 2007.

On the 29th January 2021, after 13 years of legal proceedings, the Court of Appeal sitting in The Hague, Netherlands, the home country of Shell, ruled in favour of three Nigerian farmers from two communities in two States of the Niger Delta – Eric Barizaa Dooh of Goi Community of Rivers State; Fidelis Oguru and Alali Efanga both from Oruma Community of Bayelsa State.

The Court ruled that not only was Royal Dutch Shell’s Nigerian subsidiary responsible for the oil spills, but, as parent company, Royal Dutch Shell also had an obligation to prevent the spills.

The ruling was the first time a Dutch transnational corporation has been held accountable for the violations of its subsidiary in another country, opening Shell to legal action from communities across Nigeria devastated by the company’s disregard for environmental safety.