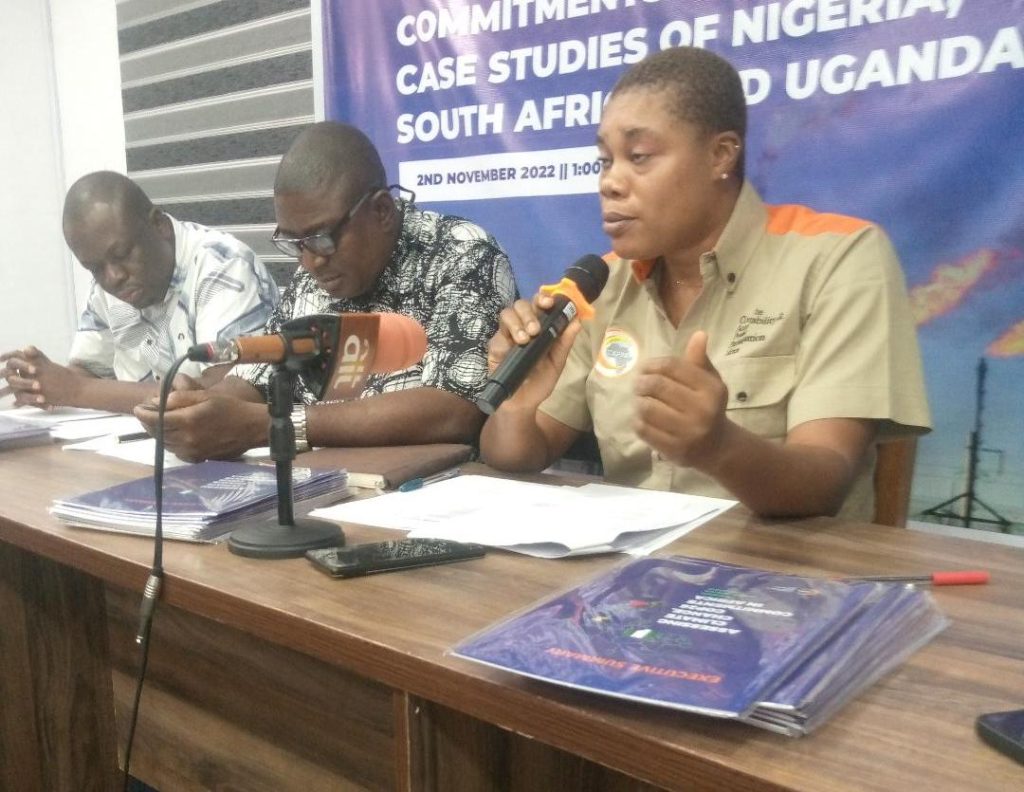 Oluwafemi pointed out that South Africa also had its unfair share with floods that led to mudslides that claimed hundreds of deaths, lamenting that the recent Intergovernmental Panel on Climate Change (IPCC) report predicted that the crises would continue and likely displace half of Africa’s 1.4 billion population by the year 2030

The Corporate Accountability and Public Participation Africa (CAPPA) has raised alarm that Africa carries the greatest burdens of climate change even though it contributes less than three percent of global emissions.

It also lamented the devastating effect of the change, which caused massive floods in Nigeria, Chad, Republic of Benin, and Cameroon.

He disclosed that the project was informed by the need to review the climate commitments of African countries ahead of the 27th Session of the Conference of Parties (COP27) billed for Sharm El-Sheikhin Egypt.

Oluwafemi pointed out that South Africa also had its unfair share with floods that led to mudslides that claimed hundreds of deaths, lamenting that the recent Intergovernmental Panel on Climate Change (IPCC) report predicted that the crises would continue and likely displace half of Africa’s 1.4 billion population by the year 2030 unless something was done urgently.

To stop the impending danger, Oluwafemi appealed to both developed and developing nations to cut down on emissions that cause climate change.

Besides, the report carried out in the three African nations urged global north and big polluters:

. To pay reparations for historical losses suffered by individuals and communities on the frontline of the climate crisis in Africa.

. To cancel Africa’s debts, stressing that the continent’s economies need a breather through debt cancellation to better focus and redirect scarce resources to their climate change actions and aspirations.

The report also called for the stoppage of fossil fuel burning. “The most contribution to global warming comes from the industrialized world.

“False solutions like carbon trading will continue to create a false sense of progress while global temperature continues to rise. We need a concerted effort to stop fossil fuel burning and move towards the use of renewables to accelerate the reduction of GHG emissions and by extension global warming,” it stated.

To African countries, the report appealed to the governments:

. Leverage Green Economic Opportunities including increased demands for electric vehicles, solar panels, batteries, etc. which are produced with critical minerals some of which are sourced from Africa places. This puts Africa at a vantage point to renegotiate its position on the global stage while stimulating inclusive economic growth.

. Remove Barriers to Renewable Energy Technologies in Africa Such as Import Tariffs to make renewable energy accessible and affordable to most of the energy-poor African population.

. Withdraw Support for Heavy-Carbon Project such projects like Dangote refineries and petrochemicals and Uganda’s EACOP which will lock Africa into Fossil fuel.

. Protect Workers and Communities since transition comes with a price, sometimes painful.

. Harness Capacity to Secure Funding Support to Finance Africa’s Climate Ambition: The Africa Group of Negotiators has called for $1.3 trillion a year in climate finance to be made available from 2025. There is a need to utilize the global stage afforded by COP 27 to campaign and secure commitment to this as well as a strategy to follow up and net in the commitments after the conference.

. Scale Up Adaptive Capacities: The recent flooding episodes in Uganda and Nigeria show that a lot is still lacking in the terms of building resilience and providing adaptation support for victims of climate change in Africa.