How civil society groups, communities, worked against privatisation of water in Africa 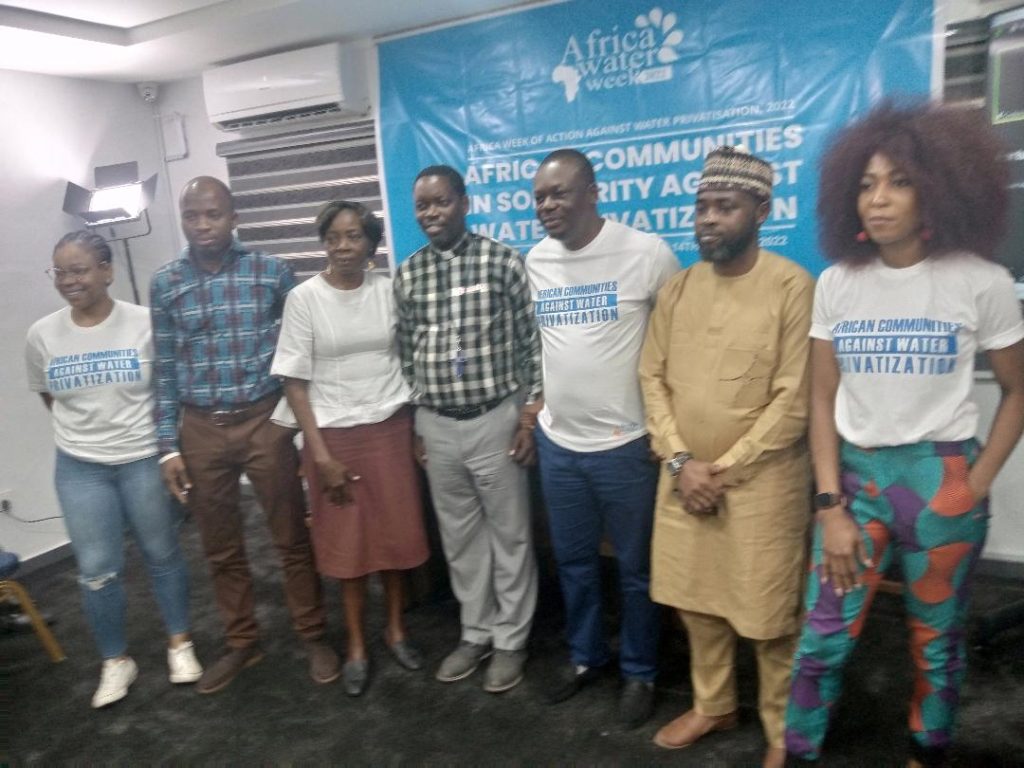 CAPPA officials and other civil society groups at the event in Lagos.

‘Water remains the most fundamental necessity for life. Giant corporations like Veolia and Suez, backed by international financial institutions like the World Bank, are lobbying governments to privatise water across Africa’

Local communities, civil society groups, Labour, the clergy and many others on the platform of “Our Water Our Right Africa Coalition,”  have again kicked against water privatization in Nigeria and other African countries because of its consequencies on humanity.

It, however, advised the governments to invest in public water systems that include meaningful public participation in water governance, with particular focus on the perspectives of those typically left out of decision-making processes, including but not limited to women, low-income people, and rural communities.

Besides, it assured that it would be holding townhall meetings, community engagements, press briefings, protest marches, meetings with policymakers and a host of engagements to press home its opposition to water privatization schemes and the commodification of water, promoted by the World Bank and other International Financial Institutions, which continue to deprive communities their right to existence.

These were part of the messages the group passed to the world as members began a week-long “African Week of Action Against Water Privatisation 2022,” on Tuesday October 11, 2022.

Local communities in Nigeria, Mozambique, Senegal, Ghana, Cameroon, Kenya, Gabon, Uganda, and a host of other African countries are demanding “a stop to water privatization” as they mark the second edition of Africa Week of Action Against Water Privatization which holds from 11-14 October 2022 to coincide with annual meetings of the World Bank and International Monetary Fund.

His words: “In all these [water privatization efforts], the greatest impacts will be borne by communities that have for generations protected what we can rightfully call their birth right.

“If these schemes are allowed, the ramifications will be far from pleasant. The girlchild, who wakes very early to fetch water will have to do more legwork to get water. The danger she faced will be further escalated. She will spend more time looking for water than she will prepare for school.

“Communities that relied on streams and rivers nearby will be dispossessed of that blessing and end up going into extinction.”

The group however resolved o the following:

Recall that in some communities, water had been priced out of the reach of locals, forcing women and young girls to go the extra mile, including exposing themselves to dangers to get water for basic needs.

Also, water privatisation failed in the United States, Chile, and France. Why would it be forced on Africans, Mr. Philip Jakpor, the director of programmes, CAPPA, asked.

The Lagos event, was packaged by CAPPA and Public Services International and the Amalgamated Union of Public Corporations Civil Service Technical and Recreational Services Employees (AUPCTRE) to commemorate the second edition of the Africa Week of Action Against Water Privatization.