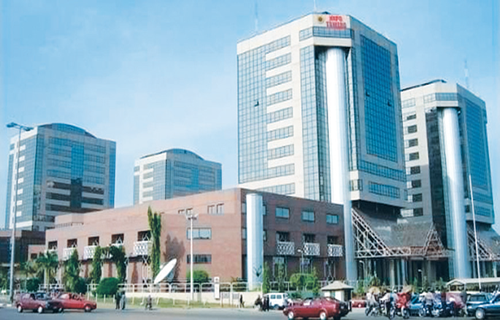 ‘To say that Nigeria is being stolen is an understatement. It is a sordid situation’

Shocking stories from the oil and gas sector continue to hit the news. Rather than being numbed by the monstrous pillaging of the nation, Nigerians should wake up to the wakeup call, especially in an election season.

By some deft choreography, the blame for the stealing and pollution in the oil field communities of the Niger Delta has been deflected to the poor communities. This devious deflection has been so successful that the Petroleum Industry Act (PIA), which has the fingerprints of multinational oil companies all over it, criminalizes communities and holds them up as being responsible for interferences that may occur on oil facilities in their territories. This is unambiguously read in Section 257 subsections 2 and 3 of the PIA.

The same Act gives the oil companies the sole right of determining who a host community is and grudgingly accedes to extending a mere three percent of the companies’ operational cost to the communities.

The meagre three percent is to be administered by a board dominated by the oil companies’ nominees for community projects.

The same three percent, by the Act, is to be forfeited by the communities in the event of damage and sabotage to oil facilities or production.

At a time when the nation is in dire need of revenue and when it should be investing in renewable energy, 30 percent of the profit from oil enterprise is to be spent in futile search for new oil reserves.

With no divestment policy in place, polluting oil companies have “divested” from their onshore and other acreages, selling them off to their local cronies. By these moves, companies like Shell, Exxon, and Chevron plot to shrug off their historical and current despoliation of the Niger Delta environment.

This they do knowing that the new “owners” would lift no finger to clean up the mess from the decrepit facilities and pipelines they are inheriting.

Whenever there is an oil spill incident, fingers are pointed at amorphous third parties in what is popularly termed sabotage.

Meanwhile, a well blowout like the one at Ororo-1 has been raging since April 2020 off the coast of Awoye in Ondo State with no respite in site.

The notorious blowout at Aiteo’s well 1 on Santa Barbara River in Nembe raged for six weeks in 2021, spewing probably over 500,000 barrels of crude oil onto the environment before it was stemmed. No cleanup has been carried out till date.

We are a people fully at home with pollution!

Recent statements by those who should know better, suggest that between 400,000 and 1,000,000 barrels of crude oil are stolen daily. However, these are just recycled figures from years ago as in actuality, the nation does not have accurate figures of how much crude is pumped daily in the country. Not surprising.

There is no agreement over how much refined petroleum products are imported into the country, making room for humongous petrol subsidies to be paid endlessly. The imaginary figures of stolen crude have been in circulation for years.

In 2012, the minister of finance under the President Jonathan administration had told the Financial Times of London that 400,000 barrels of crude oil was stolen daily. The current Minister of State for Petroleum Resources has recently quoted the same figures. A former governor of Delta State opined that as much oil as was officially exported was also being stolen.

It has been known that crude oil is being stolen at industrial scale in the Niger Delta.

The narrative has been that the stealing is done by operators of illegal refineries. However, those refineries could not refine 400,000 barrels of crude oil per day. Clearly this is fiction. Those illegal refineries have thrived and become critical suppliers of refined petroleum products in the country today as the four government owned refineries remain either comatose or on life support.

Meanwhile, the old but brand new Nigerian National Petroleum Company is staking its hope of meeting national petroleum products’ needs on a private refinery operating from an economic free zone. A zone which has been appropriately termed “enclaves of exception” in the book Enclaves of Exception: Special Economic Zones and Extractive Practices in Nigeria by Omolade Adunbi.

In fact, we need to be told how the NNPC managed to pay for 20 percent shares in the Dangote refinery.

We have heard sordid tales and seen utterly despoiled environments, but the official declaration that a 4 kilometres pipeline was built in the ocean and illegally operated for 9 years without being detected deserves the NNLG literature prize. Who can explain how a pipeline of that length and quality could be installed without being detected? And how could it have been operated for nine whopping years without being detected? Not the Ministry of Petroleum Resources and its NNPC and the then DPR; not NOSDRA nor the transnational oil companies; not the Navy nor the Joint Military Task Force detected it? Certainly, half the story has not been told.

The immediate solution may well be to shut down the sector completely and spend some time in soul searching and repentance. Does it not put a lie to official insistence that the petroleum sector is the lifeline of the nation’s economy? Or that the energy need of the nation would only be met by continued extraction of crude oil? The series of exposés we read these days, including that of the stealing of natural gas, clearly show that the nation faces a grave future and that something must be done immediately.

Today, we are told that our oil revenue is not enough to service the nation’s external debt.

At the same time, the NNPC is declaring profits! Perhaps, economists will tell us that the company is a private enterprise distinct from what it was previously and distinct from government. Really? It must only be in Nigeria that a public company of doubtful efficiency would metamorphose into a private company and hopes to have a dramatic difference using the same staff and possibly same tools that had run a very opaque business.

Oil theft has not only polluted our environment, but it has also polluted our national politics. It has impoverished our people and so polluted our consciences that thieves are celebrated as heroes while the poor in their struggle to fish in polluted waters or to farm in polluted soils, are labeled villains.

With revelations of the stealing of the nation pouring daily into the airwaves, it is the time to switch on and not switch off the mic. And when the time to vote the next set of leaders comes, it will be a huge shame if we play the game of musical chairs.

This is the time to hold the Niger Delta Manifesto for Ecological Transformation before the eyes of office seekers or holders. Our recovery from the horrendous happenings in the oil sector will be assured through a conscious focus on righting the wrongs that have been visited on the people, our society, and our environment.