Why women kicked against water privatization in Africa 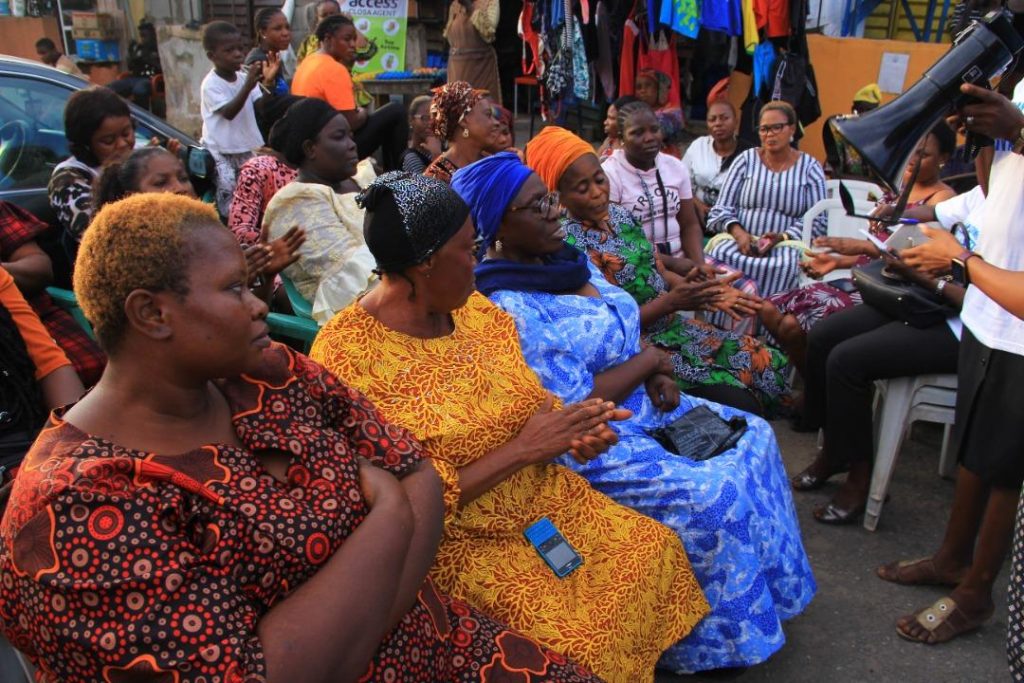 A cross-section of market women during the event organised by AWWASHNet to commemorate Africa Water Week 2022.

Nigerian women have joined others in Africa to collectively kick against privatization of water in the continent because of its consequences on women and homes.

The women, who gathered at Ogba market, Lagos, were marking this year’s “Africa’s Water Week Against Water Privatization.”

The women, who described water as a fundamental human right freely given by nature, wondered why it would remain an economic tool in the hands of corporations and capitalists.

The women also warned the profit-driven entities and the financiers including the World Bank and International Monetary Fund (IMF) to stay clear of the administration and management of water resources in Africa or face stiffer and sustained civil resistance from the highly impacted.

She lamented that many of the metropolis and hospitals were full of people suffering diarrhea and other water-borne diseases, while the government failed on its responsibility to provide water to its citizens.

“For the market women here gathered and millions of others, having to pay local water suppliers is a hefty decision,” she said.

Nwanya also advocated for a Public-Public Partnership in the administration of water so that water would not be priced above the reach of the poor, stressing that privatisation would lead to job losses.

She said that water scarcity affected one in three people in Africa, lamenting that it was getting worse with population growth, urbanization and increases in household and industrial uses.

Contributing, Aderonke Ige, the associate director, CAPPA, advised the women to unite against water privatisation else the consequences would be grievous thereafter.

Responding, the women complained about being marginalized, especially in the decisions that affect them in the market.

The few that spoke regarded water as a necessity, stressing that the lack of it affects food items especially fruits, vegetables, fish, and other water-dependent supplies, and consumables.

The women, however, opposed privatisation as the solution to the public water problem.

The sensitization was born out of concern for the lack of access to quality drinking water within the Ogba market, Ikeja Lagos.