Ikeachebe and the question I could not ask 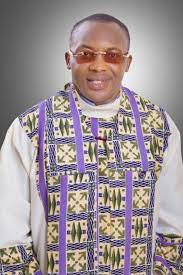 ‘As a scientist, he presented the latest medical advances as the mother of all solutions, which couples can resort to with many advantages, including avoidance of sin’

When the society for Development of Igbo Philosophy, Science and Technology (SODIPSAT) held their maiden symposium at Finotel Hotel, Awka, the topic was Medico-Cultural Exploration of Igbo Cardinal Values of Life and Name (Ndu Na Afa).

It provoked a lot of interest that I decided to come and learn from renowned heads.

One of the discussants, Rev. Fr. Prof. Bonachristus Umeogu was at his best. He employed his extensive knowledge of Western and African Metaphysics to explicate his position. He gave it the afflatus of his fevered eloquence.

After him came Prof. Joseph Ikechebelu. He spoke on “Life and Name: Role of IVF in Resolving Fertility and Child Sex Issues in  Igbo Society.”

He justified the topic in the sense that he offered it good exposition. He excited the audience because he spoke extensively in Igbo as a scholarly respect for the theme of the Symposium.

The Prof. spoke about life from conception to death. He touched intricately on medical interventions from the beginning of life to the end.  For each English word for terms such as conception, delivery, protection of life, he had Igbo equivalence not essentially by translation, but by matching of concepts.

As a scientist, he now presented the latest medical advances as the mother of all solutions, which couples can resort to with many advantages, including avoidance of sin. How? The Prof, for example, talked how couples are assisted for conception, thereby eliminating the sin of having sexual intercourse outside marriage.

Through the medical advances, the saying that “oge nwanyi agafego” is rendered nugatory, for with such, women that have reached menopause can still get pregnant.

For the Prof., medical miracle of conception fulfils the biblical injunction to man to increase and multiply thereby “buru imeju nkwa Chineke [fulfilling God’s promise]”. Even if a woman has a blocked fallopian tube, the misery in marriage would be avoided by assisting her to conceive.

The medical magic now also solves the problem associated with sickle cell anemia as well as assisting on the choice of sex. Even if a woman does not have a womb or through the destructiveness of sickness the womb is defective, she can still raise children  through surrogacy.

His words: “Jesus is our first example of a Surrogate Baby” by the virtue of reincarnation, where, without intercourse,  and through the power of the Holy Spirit, He miraculous got implanted in Mary’s womb.

All in all, it was a beautiful speech and he held the audience spell-bound. What was interesting and, at the same time, elicited my reaction, was the crafty use of all available scriptural passages to support his thesis of happiness and fulfilment of God’s promise as being in the root of the entire process.

He talked of how creation established the reproductive process; how God’s first blessing of man was the injunction to multiply and bear fruit, and therefore medicine should be hailed for removing obstacles towards achieving that.

I do not have problem with the Prof’s paper. I agree with him on all the benefits of advances of medicine in the areas of reproduction. My only objection is the use of the Bible to give both religious and ethical imprimatur to IVF and related procedures. As far as I am concerned, this is intellectual dishonesty, sieving those points that support one’s thesis, while pretending that other biblical viewpoints to be considered before determining the spirit of the bible on the subject matter, do not exist.

The Prof could have said all he said without reference to religion and the bible, because the same bible and religion have serious case against IVF and related procedures.

The bible, for instance, is against unnatural birth control and God had to kill Onan for spilling the sperm on the  ground to prevent conception.

The Church, flowing from passages of the Bible that talked about being formed in one’s mother’s womb and the injunction not to kill considers as sinful, the stoppage of any reproductive process that has already begun.  Tertullian, (197) in his “Apologeticum” likewise asserted, “To prevent birth is anticipated murder; it makes little difference whether one destroys a life already born or does away with it in its nascent stage. The one who will be man is already one.”

As most of the things that are done now are not directly in the Bible, this is where the function of the “Magisterium” of the Church is made clearer.

For example, condom is a recent development. It is the magisterium that, in the light of the scripture, tells us that its use is a sin because it disrupts a reproductive process already begun. We cannot increase and multiply by such disruptions!  This is also what the “Magisterium” has done about IVF. It is considered as ethically and morally wrong in the light of the scripture, because there is no way it is done successfully without some already fertilized egg dying or being “killed” if defective. This is abortion by another means.

Prof’s paper was educative and what he wrote on has brought happiness to most homes. However, his one mistake, in my opinion, is using biblical references as the source of his justifications.

I would have asked the Prof. to marry what I have noted with his own viewpoint, but alas, there was no provision for questions.

.Obienyem is a lawer and political analyst.