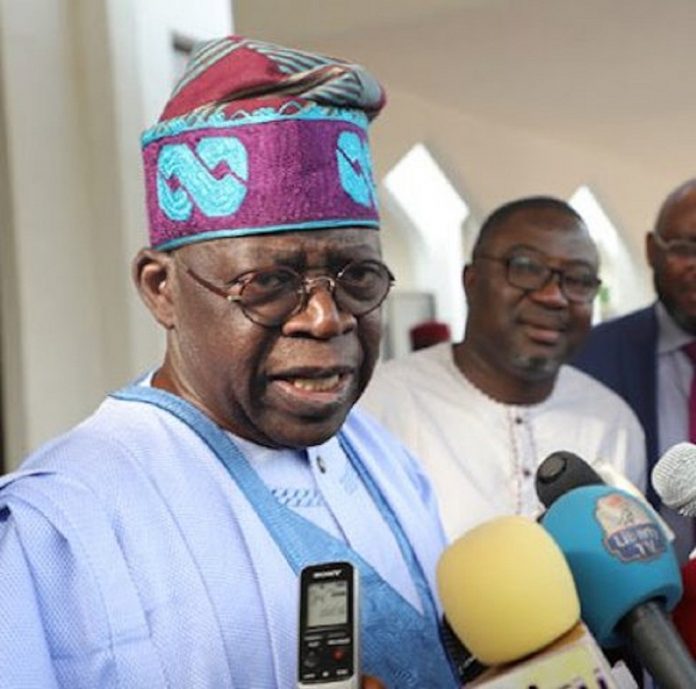 The media team of the Labour Party (LP), the Obi-Datti Media Office, has called on the ruling All Progressives Congress (APC) presidential bearer, Asiwaju Bola Ahmed Tinubu, to reconsider his candidacy/ ambition.

It also urged him to come clean with his past, engage Nigerians or quit, stressing that the office of the president requires a man who should be clean in all ramifications.

The LP group was responding to the damaging document  released by a United States court about Tinubu’s past which entails that he must come clean and stop indulging in proxy game about his past, ostensibly to deny Nigerians the opportunity of knowing exactly the person aspiring to rule them.

The media group also wondered the continued refusal of the APC candidate to present himself for scrutiny by Nigerians, dodging every public and media interaction and using spokespersons and attack dogs to reach Nigerians and cover up his dirty tracks.

“Rather than be ashmed of the embarrassing situation, Tinubu Campaign office is arrogantly and fraudulently covering up and scheming to pick and chose the public events to attend.

“It’s not enough to release a document as manifesto but not be available to defend and explain how you intend to carry out the implementations of the manifesto since spokespersons are not going to be on the ballot.

“If Tinubu truly had any record  of narcotics and money laundering case arising from drug-related businesses at any stage in his life, he must explain himself to Nigerians.

“And if he hid his past to Nigerians and the Independent National Electoral Commission (INEC) necessary steps should be taken by relevant authorities to save the country from such a person having access to power at the highest office in the land,” the group stated.

“In view of the fresh facts arising from the US court document, Nigerians expect the Electoral Commission to demand a convincing response from the APC presidential candidate and to act on it accordingly without let or hindrance.

“Following the successive failure of governance in our country over time, the Electoral Commission and indeed the entire Nigerian populace should show more than passing interest in the backgrounds of all those aspiring to rule this country.

“It’s against this backdrop that we totally align our position with that of our Presidential Candidate, Mr. Peter Obi, that candidacy by proxy must be rejected since the buck stops on the table of the person being elected not spokespersons or attack dogs”.

Besides, the Obi-Datti Media Office demanded that if the APC candidate was not ready and willing to subject himself to the scrutiny required of anybody seeking to occupy the number one job in the land, he should quit.