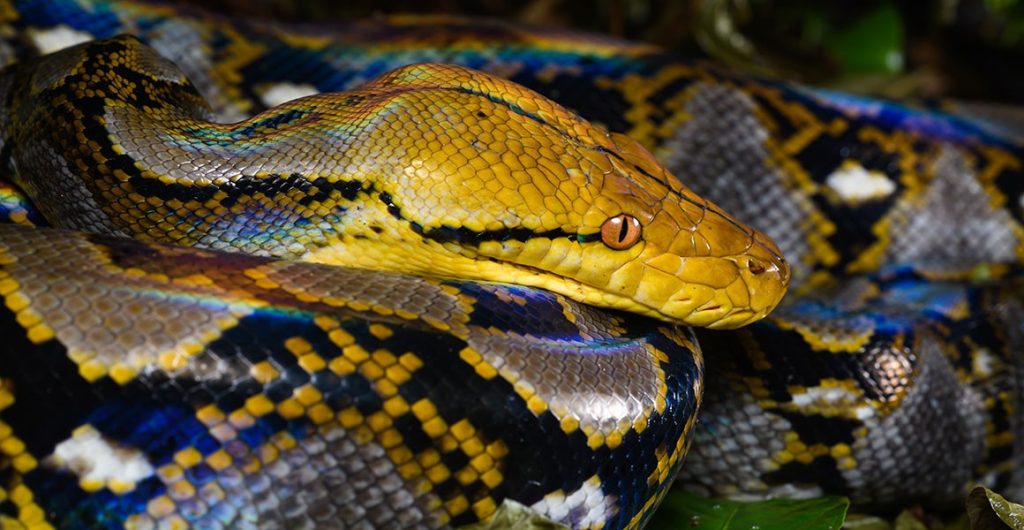 ‘The reticulated python is the longest snake in the world’

With over 3,000 species of snakes on the Earth, these scaly reptiles can reach mere inches to tens of feet in size.

According to Britannica, the smallest identified snake in the world is the Barbados thread snake, which reaches only 4.1 inches at its adult length.

While a tiny snake may seem cute, the thought of a ginormous snake could be something out of nightmares. From pythons, boa constrictors to anacondas, snakes can exceed lengths and weights beyond your wildest imagination, according to USA Today report.

But which snake takes the cake as the biggest in the world?

What is the biggest snake in the world?

The reticulated python is the longest snake in the world, according to the Natural History Museum. On average, this snake reaches approximately 6.25 meters, or 20.5 feet, in length.

The longest recorded reticulated python was discovered in 1912 and measured 10 meters, or about 32.8 feet, long. This snake was longer than the height of a giraffe, says the Natural History Museum. The largest and heaviest reticulated python held in captivity was Medusa, who reached 7.67 meters, or approximately 25 feet, long and weighed 158.8 kilograms, or around 350 pounds.

Reticulated pythons are found in southeast Asia, particularly in rainforests, woodlands and grasslands. In countries like Singapore and Indonesia, these pythons have also been identified in sewers, according to the Natural History Museum.

What is the heaviest snake in the world?

The green anaconda is the heaviest snake in the world, according to the Natural History Museum.

While National Geographic states these semiaquatic snakes can weigh up to 550 pounds, the heaviest of this anaconda was recorded at 227 kilograms, or approximately 500 pounds, according to the Natural History Museum.

Green anacondas are found in South America and Trinidad, particularly in bodies of water, such as swamps, marshes, slow streams and rivers.

Is there a snake bigger than an anaconda?

Yes, there is a snake bigger than an anaconda. The reticulated python is longer in length than a green anaconda. Generally, green anacondas reach between 20 to 30 feet in length, according to National Geographic.

On average, reticulated pythons weigh around 158 kilograms, or under 350 pounds, according to Cotswold Wildlife Park and Gardens.

No, the Titanoboa is not alive. The extinct snake lived during the Paleocene Epoch, approximately 66 million to 56 million years ago and is considered “the largest known member of the suborder Serpentes,” according to Britannica.

An average adult Titanoboa is estimated to have been 13 meters, or 42.7 feet, long and weigh approximately 1,135 kilograms, or 1.25 tons, says Britannica. In comparison to modern snakes, no living snake has ever been identified with a verifiable length over 9.6 meters, or around 31.5 feet.

The Titanoboa was the largest predator on Earth following the extinction of the dinosaurs 65 million years ago and until the first appearance of the Megalodon around 23 million years ago, according to the Florida Museum of Natural History.