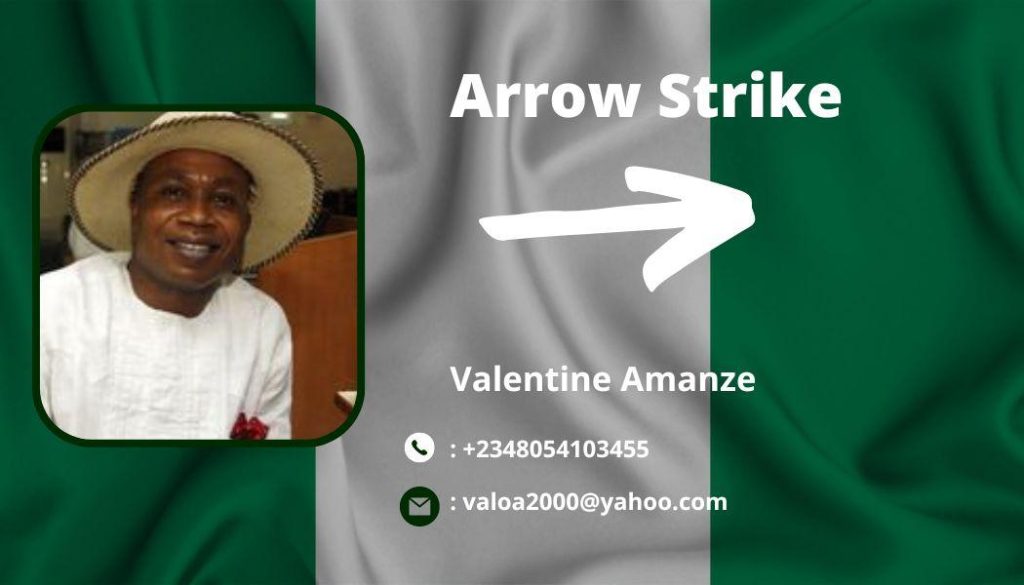 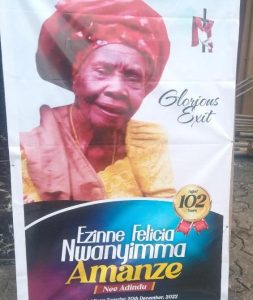 ‘At 102 years, death was expected; but as my mother, I wept. I cried not because I will not see her again; but the love we shared.’

On September 10, 2022, the trumpet blasted; the sound filled the air; calls rang down the battery of my handphone, announcing the passing away of my beloved mother, Ezinne Felicia Nwanyimma Amanze, in Oboama Ezinihitte Mbaise, Imo State.

At 102 years, death was expected; but as my mother, I wept. I cried not because I will not see her again; but the love we shared.

Her husband and my father, Sir Patrick Enyidede Amanze, went away earlier in 2002.

Born in 1920 to the late Adindu Osuomere of Akwete, Umuamadi Nguru in Aboh Mbaise, Imo State, she got married in 1946 at young age.

As Catholic, Felicia and husband were knighted in the church. They were Lady and Knight of St Mulumba (KSM), working for the faith they believed in.

Growing up, it was fun seeing the couple dress in the regalia of KSM during important church services.

With 11 children, and a teacher husband, my mother worked hard to complement my father’s meager salary for the upkeep of the large family.

Extended families and friends also benefited from her milk of kindness.

At a ripe age, she was always drumming into our ears the message of love and unity.

Her death was not just a big blow to her immediate family, but to her two brothers she left behind, among them, Mr. Dominic Adindu, a 100-year-old man, who still rides his bicycle anywhere he goes.

During her burial on December 20, 2022, the Catholic priest of Queen of Peace Catholic Church, Oboama, Ezinihitte, Rev Fr. Innocent Olekamma, described death as a passage to great beyond.

He appealed to Christians to live a God-fearing life on earth, stressing that life was nothing without love.

On the life of mama, her immediate younger one, Dominic Adindu, said that she was nice and a role model for the community.

“My sister, mmanne [Felicia] lived a good life. We are proud of her. She was a mother to us.

“My prayer is for her children to remain peaceful and united,” he said.

Her first daughter, Mrs Eugy Onuoha, also described her mother as a good woman, who preached peace and love all through her life.

“I miss mama. I was there when she passed on. May her soul rest in peace,” she said.