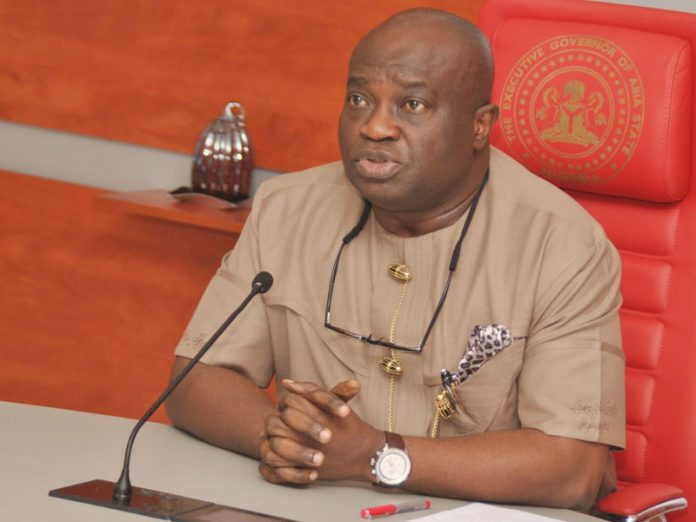 Students of Abia State College of Education (Technical), Arochukwu, have expressed support for Governor Okezie Victor Ikpeazu and the management  on the ongoing reorganizatiion in the institution.

They subsequently frowned at what they described as interference in the affairs of the college by the national body of College of Education Academic Staff Union (COEASU).

At a press conference addressed by the leadership of the students’ Union Government, they warned COEASU to desist from meddling in the internal affairs of ASCETA, saying that both the Abia State government and the management of the college were on the right track.

In the statement signed by SUG president, Ikeokwu Chinenye Christian, and the Secretary General, Chidinma Ihemere, the students regretted that some former staff of the college want to politicise the reorganization exercise because they were affected.

They stated: “We condemn the politicization of the reorganization exercise which started two years ago. We condemn the interference by external forces.

“We warn that nobody should use the exercise to insult our indefatigable governor”.

They also expressed disappoinment that some of those affected by the exercise had abandoned their primary responsibility to engage openly in partisan politics.

“It is reprehensible that a teacher will leave his job to join the opposition to plot how to undermine our Governor and his party”, they stated.

They however appealed to Gov Okezie Victor Ikpeazu to ignore the antics of such people and pay attention to the welfare of loyal and hardworking staff of the college.

They said, “We want to appreciate our education-friendly governor for paying two months salaries to our teachers  and other staff  last December and plead with him to magnanimously address the remaining arrears.”

On the performance of the Provost, Dr Phillips Nto, the students passed a vote of confidence on him, saying that he out-performed all previous provosts put together.

According to them, Nto excelled both in academics and infrastructure,noting that it took his coming for graduates of the institution to receive their original certificates since the establishment of the college 30 years ago.

They cited the construction of more than 10 first class buildings including classrooms, laboratories, library, auditorium and offices as part of the infrastructural development carried out by the Provost.

They also praised the Provost for adding value to the system by ensuring that only qualified lecturers are allowed to teach in the school.