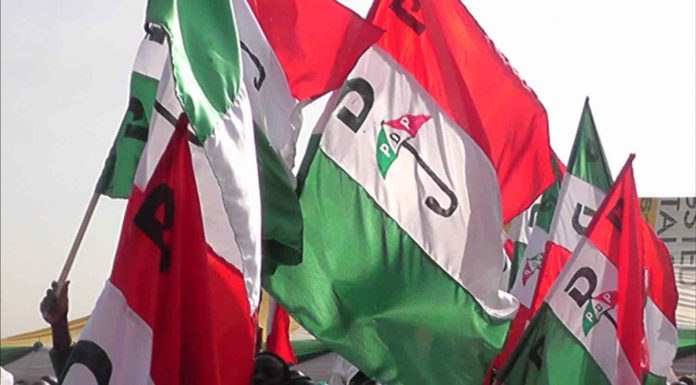 Onyike pointed out that all the issues of Ebonyi State PDP Governorship Primaries were settled at the Supreme Court of Nigeria, which upheld the nomination of Dr Ifeanyi Chukwuma Odii as the authentic governorship candidate of PDP for the 2023 elections

The Peoples Democratic Party (PDP) in Ebonyi State and its candidates in the forthcoming general election remain recorgnised by the Independent National Electoral Commission (INEC) contrary to the falsehood in the media and the social media.

The Director, Media and Publicity, AnyiChuks GrassRoots Support Organization, Mr. Abia Onyike, made the clarification in a statement he issued on Tuesday January 17, 2023.

He further confirmed that the names of Ebonyi State  PDP candidates were still in the INEC portal and had not been stopped by any court order.

His words: “Our attention has been drawn to the fake news being circulated by some sections of the press and the social media saying that the names of Ebonyi State  PDP candidates had been delisted in the INEC portal based on what they termed as  “Court Order”.

“We wish to make it abundantly clear that the false report is the handiwork of mischief-makers. It is an orchestrated campaign of calumny master-minded by those individuals and parties, who are afraid of the rising profile of PDP in Ebonyi State.”

Onyike also described the report as the fabrication of the enermies of the PDP, stressing that the INEC had already disowned it.

While urging supporter to disregard the fake news, Onyike pointed out that all the issues of Ebonyi State PDP Governorship Primaries were settled at the Supreme Court of Nigeria, which upheld the nomination of Dr Ifeanyi Chukwuma Odii as the authentic governorship candidate of PDP for the 2023 elections.

“We hereby call on our teeming supporters and the general public to ignore the mischievous publications and continue their preparations for the 2023 general elections.

“Those behind this falsehood are merely looking for a temporary relief, based on their fear of the PDP candidates, especially the Governorship candidate of the party, Dr Ifeanyi Chukwuma Odii.

“Sooner than later, they will have no room whatsoever for their perennial lies and propaganda,” he said.

Besides, Onyike expressed optimism that the Ebonyians would vote for their choice candidates, stressing that the will of the people shall prevail.