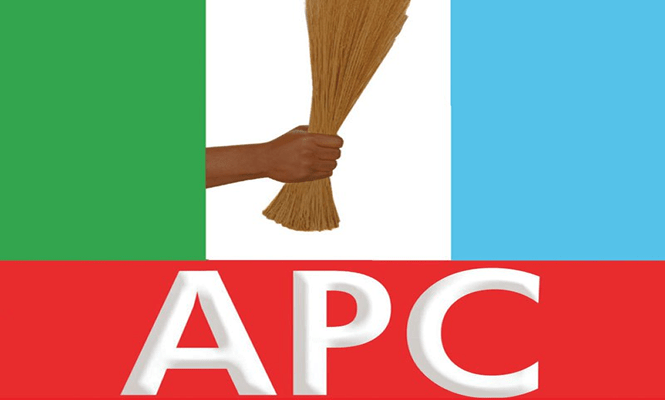 I am in politics to serve, says Dame Nwagba

The inauguration of the Campaign Council of Hon Dame Blessing Nwagba, PhD, the Abia South Senatorial candidate of the All Progressives Congress (APC) held at the residence of the candidate on Wednesday January 11 2023.

This is as Dame Blessing Nwagba reiterated her mission in politics, stressing that it was to serve her people.

The event attracted some of the leaders of the party in the state, such as Chief Nwogu Nwogu, former commissioner, Board of the NDDC, who is also the treasurer, Abia State chapter of the APC, Sir Mac Wabara, who was represented by Mr Chijioke Wabara and Hon Onyekachi Nwulu a former TC Chairman from Obingwa LGA.

He stated that it was an opportunity to vote out the old order and enthrone new leadership in Abia South Senatorial District.

He described Hon Dame Blessing Nwagba as a good candidate, who has all it takes to give Abia South quality representation at the red chamber of the National Assembly.

In his own speech, the Deputy Director General, Sir Tony Egu, described Hon Dame Blessing Nwagba as a candidate who has sterling qualities that make her stand out amongst other candidates.

He further stated that out of the three Federal Constituencies that make up Abia South Senatorial District, it is only Aba Federal Constituency (Aba North and Aba South) that was yet to produce a Senator. Based on that, the non-indigenes in Aba have resolved to vote for Hon Dame Blessing Nwagba.

He urged members of the Campaign Council to be ready to sacrifice their time and resources to ensure that our candidate emerges victorious in the February 25th National Assembly election.

Addressing the members of the Campaign Council, the senatorial candidate, Hon Dame Blessing Nwagba, thanked everyone, who was chosen as a member of her Campaign Council, especially the party leaders, who despite all their engagements attended the inauguration.

She paid tribute to her late husband, Pharm. Israel Nwagba, who died 17 years ago, for allowing her to become what she has become today. She advised men to allow their wives to express their God-given potential.

She said that she was not in the Senatorial race for personal gains or to enrich herself, rather to serve the people.

She described herself as someone that is blessed by God with wonderful parents who gave her good parentage, a husband who loved her unconditionally and wonderful children who are doing very well in their chosen careers. She restated that she sees her senatorial ambition as a collective project and therefore described members of her Campaign Council as ‘partners’.  Hon Dame Blessing Nwagba listed poor Infrastructure, youth unemployment, the difficulties most of our business people and farmers are experiencing, as some of the reasons she joined the senatorial race. As someone who is resident in the Aba, the heart of Abia South Senatorial District, she enumerated some of the challenges facing each of the 6 LGAs in the Senatorial District and promised to tackle them when elected.

Hon Dame Blessing Nwagba told  members of her Campaign Council that she has all the challenges bedeviling the Senatorial District at her fingertips, and therefore, assured that they will be tackled through the attraction of Federal presence when she gets to the Senate.

In his own speech, Chief Nwogu Nwogu encouraged the people to ensure that they vote for APC candidates. He recalled the role he played during the primary election that led to the emergence of Hon Dame Blessing Nwagba as the Senatorial candidate of APC for Abia South. He cautioned the party members to desist from anti-party activities as such can destroy one’s life and reputation.

In his contribution, Mr Chijioke Wabara, who stood in for Sir Mac Wabara, stated that Aba is no longer what it used to be in the past, especially in the area of infrastructure as he saw it while growing up. He recalled that in the past, there used to be pipeborne water everywhere. He therefore urged the party members to come out in their numbers to vote massively for Dame Blessing Nwagba on the election day and ensure that their votes count.

The APC candidate for Aba Central State Constituency, Lady Jane Ogbauta, stated that the victory Hon Dame Blessing Nwagba for Abia South Senatorial District seat is not negotiable as she is the leople’s choice. She restated that the senatorial seat is not the exclusive reserve of Obingwa LGA. She urged the women to use their God-given powers to ensure that their husbands and children vote for Hon Dame Blessing Nwagba on the 25th February 2023 election and vote for her on the 11th March 2023.

Hon Uba Omenazu, the APC candidate for Aba North State Constituency, in a vote of thanks, urged the party members to be proud of their candidates and desist from anti-party activities. He encouraged them to pick up their PVCs and ensure that their family members pick theirs as well.