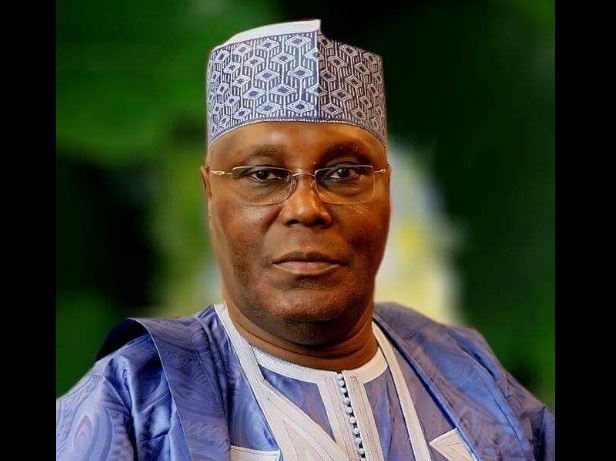 A divided Nigeria cannot achieve the purpose of God for us as a people; a divided country will only keep us in darkness and disunity

Presidential candidate of the Peoples Democratic Party (PDP) and former Vice President, Atiku Abubakar, has assured Christians of their safety under his watch if elected president next month.

He said that “as a born unifier,” he believes in the integration of humanity at all levels and would do everything to promote unity in diversity.

Atiku was speaking in Jos while gracing the 2023 extra-ordinary General Church Council (GCC) of the Evangelical Church Winning All (ECWA).

Through the former Speaker, Rt Hon Yakubu Dogara, the former VP said that God did not make any mistake in creating people and allowing them to belong to different tribal, ethnic and religious backgrounds.

According to him, “A divided Nigeria cannot achieve the purpose of God for us as a people; a divided country will only keep us in darkness and disunity.

“All through my life I have lived and worked harmoniously with people of other faiths and ethnic affiliations with ease because of mutual understanding and respect.

“My business and political partners come from different backgrounds with zero expressions of religious or ethnic sentiments.

“I have never contemplated the same faith ticket throughout my political career.  The Muslim-Muslim ticket adopted by some people is a recipe for disaster.

“It is an indication that not everyone will be carried along in government. As Governor- elect of Adamawa in 1999, I  gave my full backing to Boni Haruna to take over when I was nominated Vice President against all odds. Boni governed Adamawa for eight years. In Taraba, Rev Jolly Nyame was encouraged to contest the Governorship in 1999 just after losing the local government  primary elections.

“We have and are working together with many Christians  across the nation and the Church should have confidence in my capacity, experience and ability to deliver”.

Atiku appreciated Christians all over the nation for their prayers and commitment to the nation and assured that he would not relent in cementing a cordial relationship between Christians and Muslims all the time.

Speaking for himself, Dogara admonished Christians to take stock of what each Presidential candidate has done for Northern Christians and meditate on it.

Quoting from the Bible, Dogara likened Atiku to the popular centurion servant, whose faith was acknowledged by Jesus because of his determination to help across divides.

He said that they settled for Atiku following a scientific analysis of the various candidates which was carried openly and which presented Atiku as the leading candidate in the contest.

“Don’t waste your votes by casting them elsewhere.  We believe very strongly in coming together and living together. The Muslim- Muslim ticket is not an option at all.

“It does not give room for mutual understanding, unity, peace and stability. Atiku has great respect for northern Christians hence his choice of a Christian to deputise for him. We know him as a good man who has contributed in building the brethren and the church even as a Muslim.

He does not segregate and his experience and abilities speaks for him all the time.

According to Dogara, “this period of gross darkness hovering over the nation must be overcome. We keep surviving one catastrophe and jumping to the other. Darkness is an evidence of the absence of light.

We must lighten our lights and let them shine.

Atiku remains the Pan Nigeria candidate that has what it takes to move this nation forward by uniting us across the various divides we have found ourselves.

“Based on the scientific analysis inclusive of CAN leadership, we arrived at the choice of this man as a candidate to beat in the coming elections.”

He apologized for the absence of Atiku and Okowa at the occasion, saying they were in Ekiti for the nationwide Presidential rally.

In a remark, the President of ECWA, Rev Stephen Baba Panya, appreciated Atiku for finding time to give attention to what the church is doing and for sending eminent political leaders to grace the church’s GCC meeting.

He said that the church was watching, monitoring, and listening to all the candidates and would make decisions according to its conviction soon.