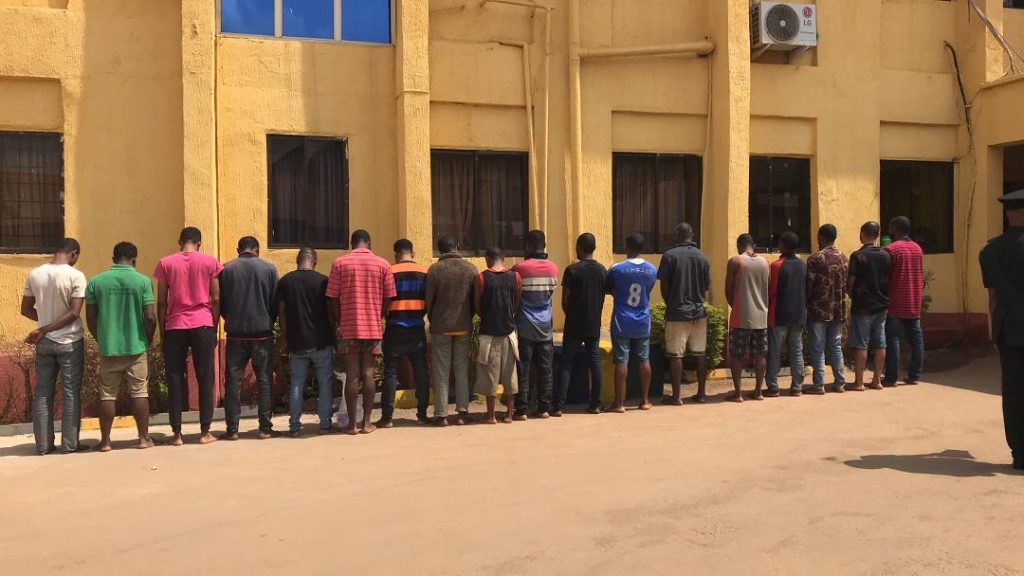 ‘It is  crystal clear that the supremacy tussle raging between Hon. Stanley Okoro Emegha and Hon. Eni Uduma Chima is the cause of the ill-fated December 26th conflict at Ekoli-Edda, Afikpo South of Ebonyi State’

The Police in Ebonyi State have paraded 26 suspected criminals arrested after the crisis, which claimed no fewer than three lives and destruction of properties worth millions of naira in Ekoli–Edda Community, Afikpo South council, on December 26, 2022.

During the parade of the suspects in Abakaliki, the state Police Public Relations Officer, SP Chris Anyanwu, said that the exhibits recovered from them include one AK 47 rifle and its live ammunition, two pump-action rifles, one dane gun, one village gong, one trumpet and three AK47 magazines.

He also disclosed that the diseased persons were Esien Kalu Egwu, Insp Festus Akpan, and Emy Orji, stressing that the crisis was caused by the supremacy battle between to politicians.

His words: “It is  crystal clear that the supremacy tussle raging between Hon. Stanley Okoro Emegha and Hon. Eni Uduma Chima is the cause of the ill-fated December 26th conflict at Ekoli-Edda, Afikpo South of Ebonyi State.

“Fourteen out of the entire suspects arrested will be arraigned immediately in court as prima facie case of conspiracy, armed robbery, arson, unlawful possession and malicious damage have been established against them.”

In his contribution, the Commissioner of Police Ebonyi State Police Command, CP Aliyu Garba, also advised Ebonyi youths to learn positive lessons from the ill-fated incident of December 26th that befell Ekoli–Edda and guard against the recurrence.

Recall that the Ebonyi State government after its EXCO meeting last week, exonerated the duo of Eni Uduma and Stanley Okoroemegha of any complicity in the attack.